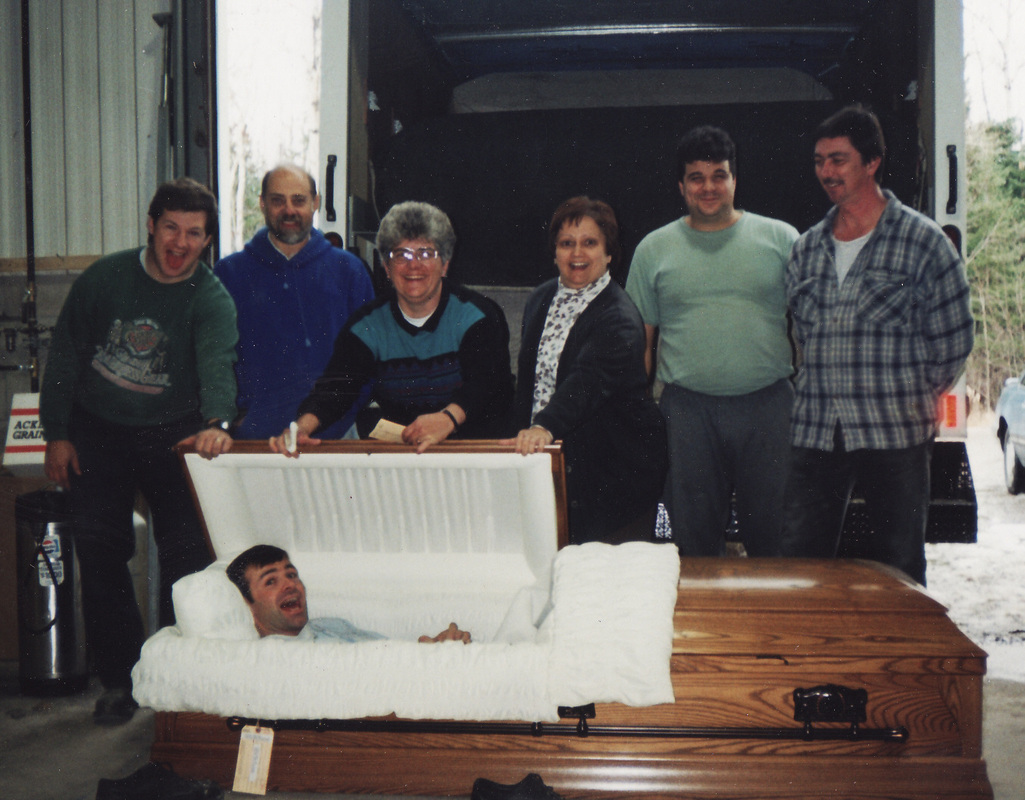 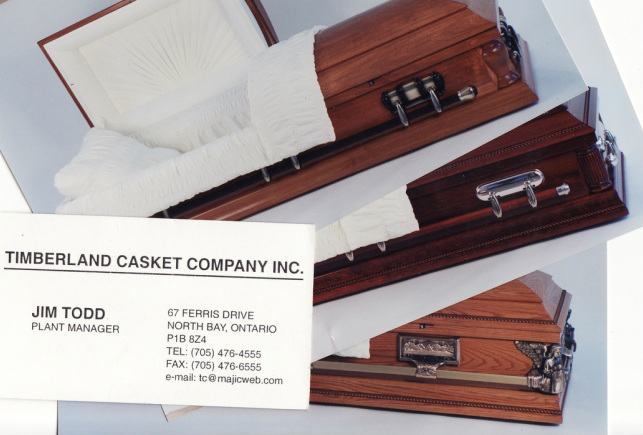 In the late 90's, I was approached by someone to take on a challenging position. The story was a bit fuzzy at first, but basically he needed me to finish setting up a 6000 sqft. woodworking plant in North Bay, and then finish off developing the prototypes and get the operation up and running, where a German consulting firm had left off. I said: "Sounds interesting, what kind of furniture is it?"   His reply: "Caskets."

The deal was that the casket industry had suddenly changed in a way that invited new players into a once tight club. You see, it was now "legal" for a person to buy a casket from one place, and then have the funeral home accept it and use it in their services. Before, a funeral home was allowed to say that they would not accept a casket from outside their organization. As the rules had changed, it sounded like a new opportunity into a huge market.

It meant that I would temporarily put my tools and equipment in storage and move up to the land of rocks and trees. Since I was still a single guy, I saw the adventure and the well paying job offer as an exciting new chapter in my work and in my life, so I made a trip up Hwy 11 to check it out the facilities.

The whole adventure lasted about 2 1/2 years before it was laid to rest. (Oh ya, and... every shift was the graveyard shift. There were more of those, we had to keep a sense of humour.)

I was very lucky to meet some great people in North Bay, including my land lord (who I nicknamed "the landlard").  We played hockey on Lake Nipissing, tried making some bad wine, burned a lot of casket scraps at the lakeside campfire, jammed, went camping, went cross country skiing and enjoyed enough other activities to balance out life. John Lennon's quote applies: "Life is what happens to you when you make other plans."

Oh, and as you see me in the pic above, I'll tell you that these things are not at all comfortable. My boss pointed out though, that the customer never complains.